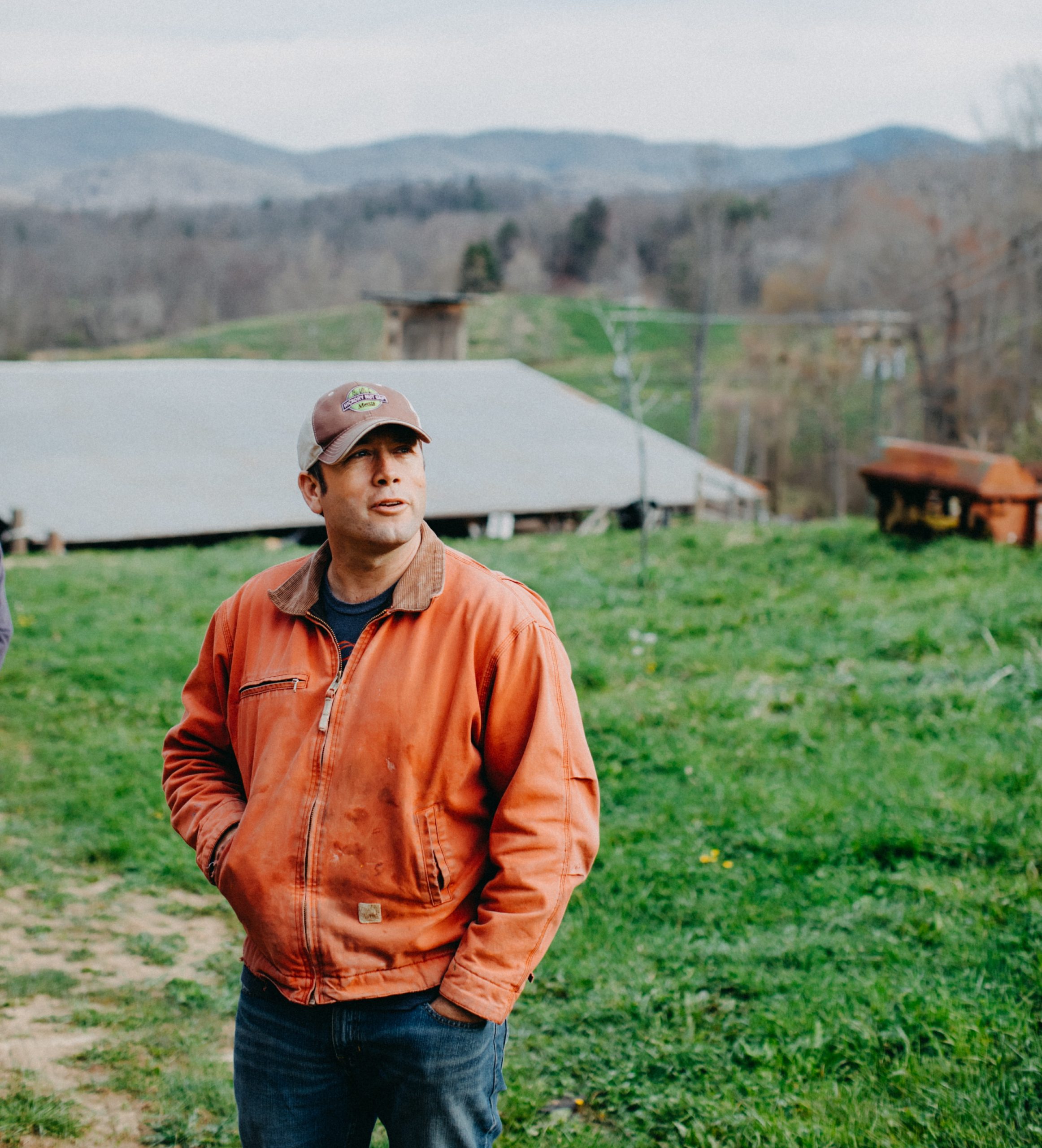 There are so many variabilities in farming that you can get all stressed out. Part of being a successful farmer is probably just your head space as it relates to these things. But the fact that we’re having more unpredictable weather creates a low level of constant worry that can be taxing on the spirit.  —  Jamie Ager

Amy and Jamie Ager and their three children, Cyrus, Nolin and Levi, are the fourth and fifth generations to grow food at Hickory Nut Gap, a 600-acre farm located on an old droving road in the Southern Appalachian Mountains just southeast of Asheville, North Carolina. Like many mountain farms in the region, Hickory Nut Gap has been home to a diversity of enterprises over more than a century of operation. Growing up on the farm, Jamie helped his family milk cows and raise beef cattle, hogs, poultry and apples.

Despite his parents’ efforts to steer him away from a life of farming, Jamie had his eye on the family’s old dairy barns as he thought about his future. “The farm was needing a new thing,” says Jamie. “I saw an opportunity to differentiate ourselves and be able to make a living here.” Just over 20 years ago and fresh out of college, Jamie and his wife Amy transitioned the farm to a rotational grazing operation and founded Hickory Nut Gap Meats.

In those early years, Jamie focused on farm management while Amy worked to develop regional wholesale and retail markets for their pastured meat products. When they could no longer meet the growing demand for meats produced on their own farm, Jamie reached out to other livestock farmers in the region to help. Today, Hickory Nut Gap Meats supplies a diverse line of pasture-raised products to local and regional, direct and wholesale markets centered in the Southern Appalachians and supports a network of more than 30 family farms growing 100 percent grass-finished beef and pasture-raised pork in North and South Carolina, Georgia, Virginia, Tennessee and Kentucky.