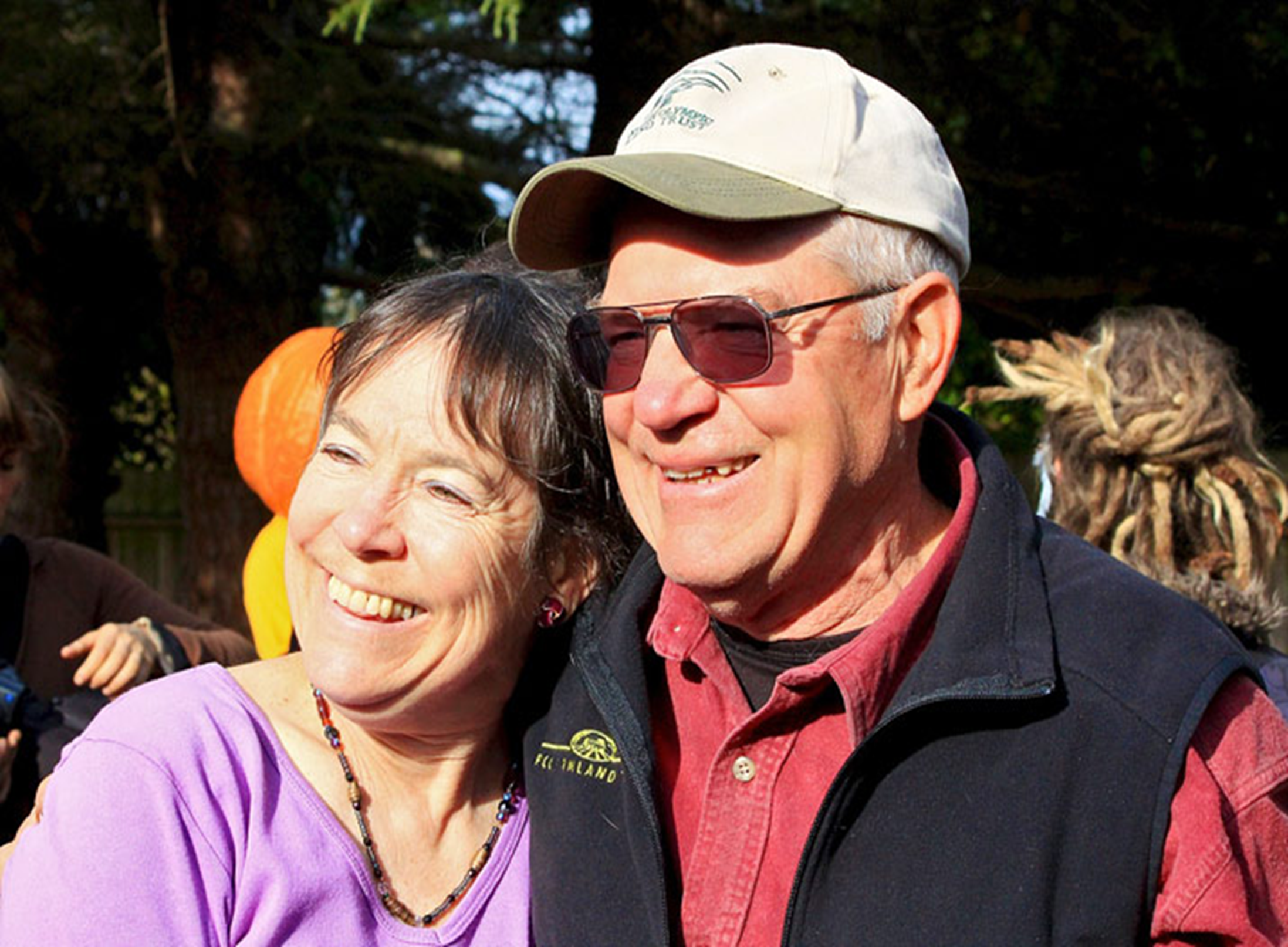 Winters are warmer, falls are wetter, and summers are more unpredictable. The challenge is just the instability of not being able to know where we are headed.

A Taste Of The Land: Nash’s Organic Produce Grows In Fertile Dungeness Soil

Nash Huber has been farming in the north of Washington’s Olympic Peninsula for more than forty years. Over that time, Nash has assembled a productive and profitable organic farm that produces an incredible diversity of foods marketed year-round from the farm and to wholesale and direct markets in the Seattle region. Together with a permanent crew of twenty-five that grows to forty during the peak of the growing season, Nash produces organic vegetables and fruits, food and feed grains, pork and poultry and a variety of vegetable and cover crop seeds on 450 acres of prime farmland, much of it leased and most of it protected by conservation easements.

Nash uses diverse rotations, cover crops, insectary plantings and farm-made compost to create the biodiversity and soil quality needed to provide nutrients, conserve water and reduce pest pressures and keep the farm productive and profitable. The farm receives an annual average of seventeen inches of rain and all its production is irrigated with surface waters replenished each year by snowmelt from the mountains to the south.

Nash Huber first started noticing changes in the weather in the early 1990s. The growing season seemed to lengthen as winters grew warmer, spring temperatures and precipitation grew more variable and fall grain and seed harvests were increasingly disturbed by more frequent fall moisture. “It seems like our springs have gotten longer, cooler and wetter. We always used to get nice warm weather in late April and May. We haven’t gotten anything like that in years. Quite often, spring will start sometime between the middle of January and the middle of March and it’s really variable. It can have too much swing and that really puts the squeeze on us.”

Wetter springs complicate the management of spring crops for a number of reasons. Wide swings in the timing of the spring warm-up make it difficult to plan a spring planting schedule, and wet conditions increase the difficulty of killing cover crops and preparing soils for spring planting in a timely manner as well as complicating weed management. “The weeds love to come on in spring time. If you can’t get into the field and cultivate in a timely manner, you got increased weed pressure.” Cool, wet conditions also increase disease pressures in spring crops, slow crop growth and lengthen time to harvest.

Highly variable summers and increased moisture in the fall have a big impact on the farm’s most valuable products — grains and seeds. September weather used to be predictable, Nash explains: “You could count on thirty days of clear, sunny weather, but it is no longer that way. It used to be that our marine fog didn’t start to show itself until the middle of August. It would come in a little bit in the morning and now, we begin to see that in the middle of July. Now we begin to get showers in late August and September and that has really impacted the harvest season since we grow so much seed and grain. It’s become difficult to get those crops dried down so that we can harvest them.” Much of the “produce” on Nash’s farm comes in the form of seeds — livestock feed, food grains, cover crop and vegetable seeds grown on contract for commercial seed companies. “Our seed crops have become very difficult because of the instability in September. We lost a beet seed crop last year, a very valuable seed crop, because of the rain in September.”

More variable weather has not caused a change in the crop mix on Nash’s farm, but has forced him to buy more tractors, tools, processing equipment and combines to take advantage of increasingly narrow windows of time when conditions are right for planting, cultivating for weeds, applying compost or harvesting crops. “We switch out crops depending on how the weather is affecting our ability to do fieldwork. For example, if we can’t get into the field early enough in the fall, we put in barley instead of wheat. It’s very, very quick decision-making. We have a generalized pattern and then we switch up the crops depending upon what fields we can get into, when we can get into them and how much of each grain that we need.”

Like most growers in the Fruitful Rim, Nash irrigates all of his crops. “We have a very sophisticated irrigation system here on the north peninsula. The mountains store the snow and then in the spring and the summertime we use that water for irrigation. Last year [2013] my farm got five and a half inches of rain the whole year. Our normal is around twice that. We get good spring snow in the mountains, which allows us to irrigate crops all summer long. If we don’t get that snow then we’re in the same problem that they have in California now.”

Thinking about the future, Nash wonders how warmer winters and competition for water might affect his farm and others in his region. “If we don’t get the snowpack, we don’t have water. Change in water access is one thing that could really impact the farm — it is the 900-pound gorilla in the room that nobody is talking about.”

In the years since 2013, changing market conditions, difficulties finding experienced labor, and an opportunity to expand the farm’s land base have driven major change at Nash Organic Produce. Because of declining profits in retail sales of fresh organic produce, Nash reduced his produce acreage by 70% and shifted the remaining vegetable acres to a limited number of vegetable crops that could be fully mechanized.

Weather patterns have not changed much over the last decade, except that they seem to Nash to have become a bit more stable in recent years – more like weather was during his first 25 years farming. The extreme weather creating challenges in the Northwest since 2015 has not created any new challenges on his farm. He appreciates the resilience benefits to his operations of the buffering effect of the Pacific – which surrounds his farm on three sides – plus 30 years of local private-public cooperation to secure sustainable water supplies for agriculture.

Nash currently has about 1000 acres in production, including about 700 acres in food and feed grains such as triticale, perennial rye, wheat, barley and oats, 30 acres in root crops like carrots, rutabagas, turnips, and parsnips, and the remaining acres in vegetable seed crops, hay, pasture, wildlife habitat and buffers. He produces and direct markets certified organic food grains, vegetable seeds, fresh vegetables, and pasture-based eggs and pork.

Nash has received regional and national recognition for his work to conserve natural resources while growing abundant high-quality food. He is a recipient of the 2008 Steward of the Land award from the American Farmland Trust and a Steward of Sustainable Agriculture or “Sustie” award from the Ecological Farming Association in 2011. He was the first active farmer to receive a Pioneer award from the Natural Products Association Northwest in 2014.