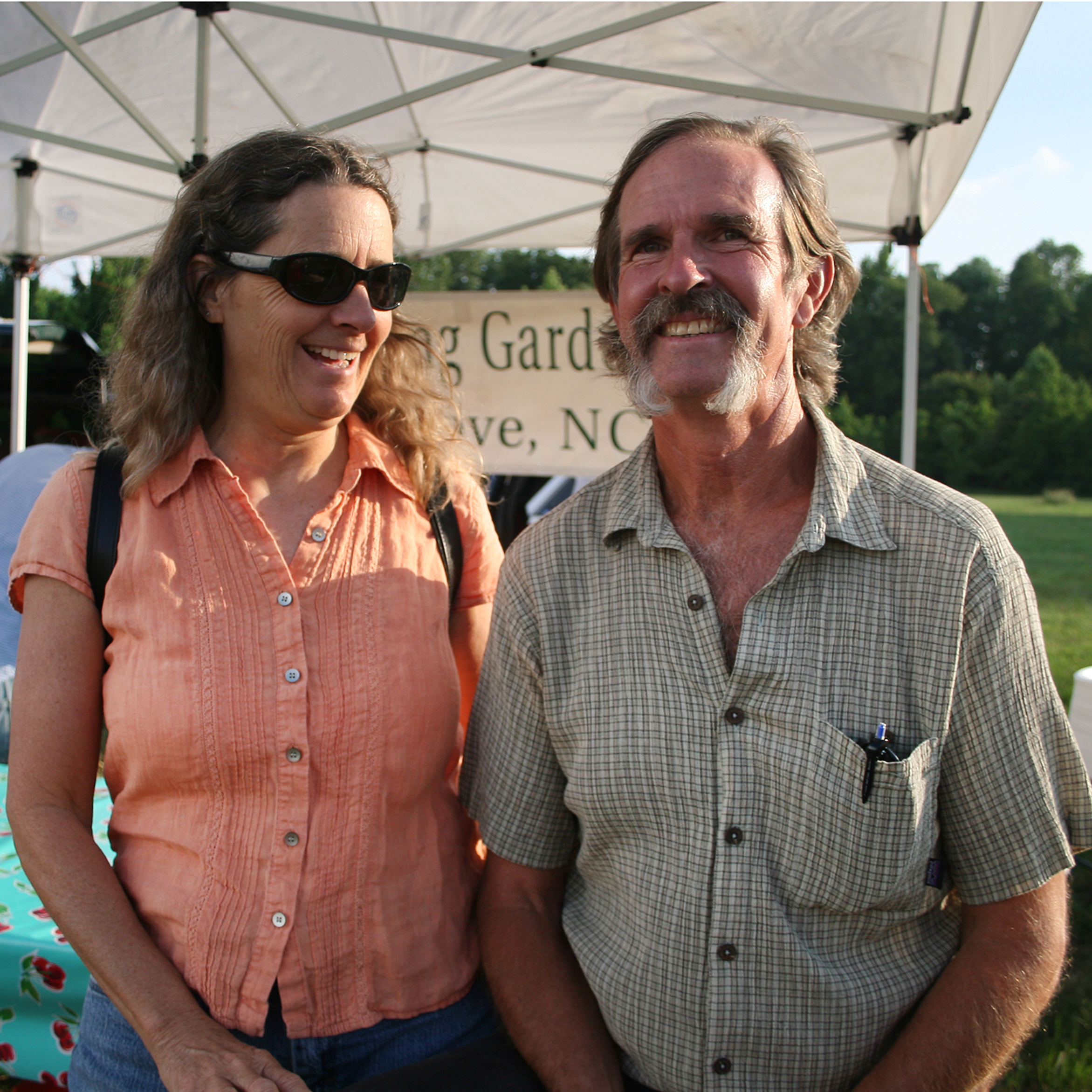 The frequency and intensity of extreme weather seems to be increasing, which presents all sorts of challenges, the unpredictability of it. The last year that I remember as what I would consider a really good growing season was 2001. Since then, we’ve seen it all. We’ve had the driest years ever and the wettest years ever and the coldest winter in decades and the hottest summer in 100 years. The extremes are just becoming more extreme.

Ken Dawson has raised organically grown vegetables for more than forty years in the community of Cedar Grove, North Carolina, located about twenty five miles north of Chapel Hill. Ken and his wife, Libby Outlaw, established Maple Spring Gardens in 1983 on leased land and moved their farm business to a worn-out tobacco farm in Cedar Grove that they purchased in 1990. Their long experience growing for high-value markets and using sustainable practices like composting and cover crops to build and maintain soil quality swiftly transformed the badly neglected land into a productive and profitable farm.

Today, Ken uses crop diversity, crop rotation and cover crops to maintain soil quality and reduce pest pressures and insectary plantings and OMRI-approved pesticides, when needed, to manage pests and diseases. Maple Springs Garden has a 5-kW photovoltaic array tied to the grid and ample water for irrigation from a pond and a well on the farm. With the help of a seasonal crew of six to eight fieldworkers, Ken and Libby grow more than eighty different varieties of vegetables, cut flowers, small fruits and medicinal and culinary herb starts on 6 acres of seasonal production rotated through 14 acres of cropland. They market their produce through direct sales to a 200 plus member CSA and at farmer’s markets in nearby Durham and Carrboro, and to local businesses.

“Likewise in temperatures. The winter of 2010 was the coldest year in thirty years here and that summer was the hottest summer ever, with July and August just constantly setting temperature records for most days … hitting 105 for days on end here and the most 90-degree days ever recorded. Variability is always a challenge, that is a given in farming. It’s not like we’re seeing things we haven’t seen before, just more so. The high temperatures, the heat waves, it’s all just seems to be becoming more extreme. The extremes are just becoming more extreme.”

Hotter temperatures and more frequent heat waves have begun to interfere with crop production on Ken’s farm and others in the region. “Flowering, pollination and fruit set had never been an issue for us prior to 2010. In the 2010, ’11 and ’12 growing seasons we had very poor fruit set on our late tomatoes due to excessive heat in July. That’s something I had never encountered before. Early September, when we normally have a lot of late tomatoes, there just weren’t any. They were great-looking plants with nothing on them.” The late crop of tomatoes is an important crop for many growers in the region, including Ken, but many have now given up on the crop. Ken is thinking about trying some heat-tolerant cultivars for the late planting.

The increased summer heat may be the reason Ken has had to adjust the seasonal planting schedule for tomatoes. “I have worked for years with essentially the same timing of my tomato plantings. We do one hoophouse planting and then four in the field. That’s intended to give us tomatoes to harvest from June until mid-October. What I’ve noticed in the last four or five years is our late planted tomatoes that we have for years targeted with putting in the field around the twentieth of June, that planting is too early. Those tomatoes seem to be growing faster and ripening earlier, whereas we always wanted that last planting in tomatoes to begin being ready for harvest in early September. So we’re starting to plant them later than we ever have before.”

Like many other growers around the country, Ken has had to adjust his crop mix and planting plans to adapt to warmer and more variable spring and fall temperatures, though the length of the growing season does not seem to have changed in his area. He has found opportunity in season extension and has been successful in increasing cool-season crop production on the farm by expanding greenhouse and hoophouse space. But more variable temperatures in spring and fall, plus falling market prices led him to drop one of his major crops. “For about twenty years lettuce was our main crop. We used to grow it for the wholesale market. We don’t grow much lettuce anymore. It was always susceptible to hot spells early in the spring season, or too much rain, or too early a cold spell in the fall and so forth, whereas other crops are not nearly as sensitive to that kind of variability.”

The well-documented earlier arrival of downy mildew, a devastating disease of melons and cucurbits, has required Ken to adjust his plantings of crops like cantaloupe and winter squash. Downy mildew spends the winter down south in Florida and moves up the east coast as summer temperatures increase. “It used to be that downy mildew would appear in eastern North Carolina in early August and then move westward. We could safely grow susceptible crops up until sometime in August and then those diseases would come. In the last three or four years, downy mildew has started appearing in North Carolina in June. In response to that, we shifted our plantings of susceptible crops earlier by at least a month because if we plant it later, it all dies before it matures.”

Ken is fairly confident that under current climate conditions, he has the resources he needs to continue to farm successfully. “There’s really a lot of variability here in central North Carolina, probably more so than in a lot of other parts of the country. We kind of take it for granted that there’s going to be wet periods and dry periods and unusual hot and cold here. We’re kind of used to it already. It just seems like climate change will require us, at least in this part of the country, to kind of up our game of adaptability and diversity and so forth. I think the reality is we’ve got to recognize changes are happening and adapt to them. It’s high time that we take that seriously and get on with it.”